This is the seventh post in a series on Katie Mann and Kasra Rafi’s paper Large-scale geometry of big mapping class groups. The purpose of this post is to show that the following surface from the first post has mapping class group generated by a coarsely bounded set. 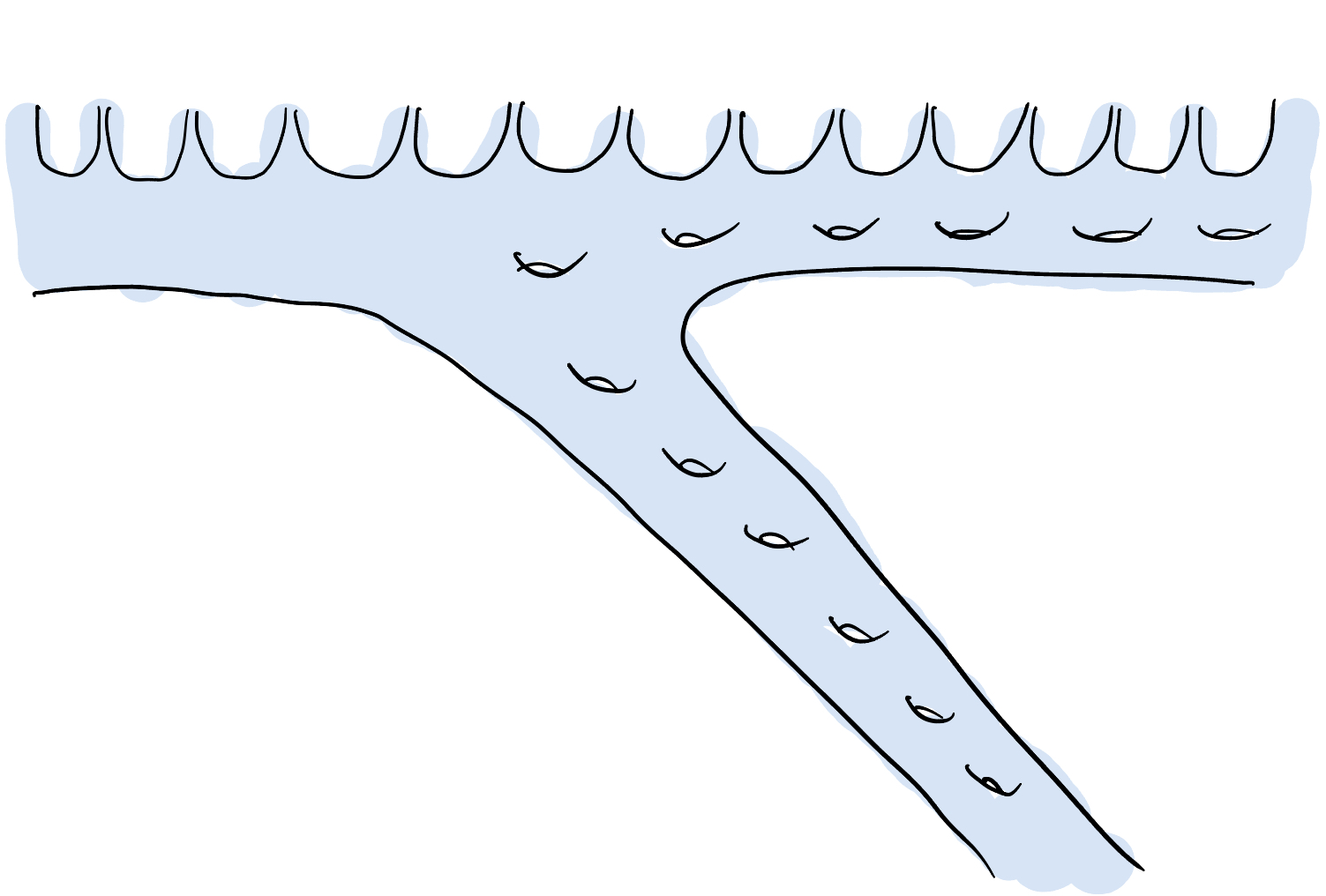 For our finite set, we will include a “puncture shift” \(\phi_p\) and a “handle shift” \(\phi_h\) as described in the fourth post. Choose these shifts so that they each miss an infinite number of punctures or handles respectively—this will give our shifts enough flexibility to be useful. Since we can write \(\Sigma\) as a union of finite-type surfaces, each of which have mapping class group generated by a finite set of Dehn twists (and half twists when the finite-type surface has punctures) about simple closed curves with bounded pairwise intersection numbers, there is an infinite set of simple closed curves with bounded pairwise intersection numbers and the property that any mapping class supported on a finite-type subsurface of \(\Sigma\) may be written as the product of these Dehn twists and half twists. Of these curves, only finitely many of them intersect \(S\), and we include the corresponding Dehn twists and half twists; the remainder are already contained in \(U_S\).

If this does not hold, we will cleverly use our handle shift and puncture shift to make it so. If we’re lucky, our chosen shifts have the property that \(\phi_p f(\Sigma_1)\cap R\) has one more or one fewer puncture than \(f(\Sigma_1)\cap R\) and similarly with \(\phi_h f(\Sigma_2) \cap R\) and handles. If we’re not so lucky, we can rearrange the handles and punctures of \(\Sigma\) so that it holds. Formally, by this I mean conjugate \(\phi_p\) and \(\phi_h\) by a mapping class in \(U_S\). Anyway, in either case we can postcompose \(f\) with elements of our generating set (and their inverses) until the new resulting mapping class satisfies the condition in the previous paragraph. This proves that \(f\) can be generated by \(U_S\) together with our finite set, and thus since \(f\) was arbitrary, that \(\operatorname{Map}(\Sigma)\) is generated by a coarsely bounded set.

Note that \(\Sigma\) is fortunate enough to have the property that each maximal end of \(\Sigma\) must be fixed by \(f\). In the more general case of Mann–Rafi’s result, which we state below, the finite set may have to include a finite number of mapping classes swapping distinguished maximal ends of the same type.

Theorem 1.6 (Mann–Rafi) Suppose \(\Sigma\) is a tame surface with locally coarsely bounded mapping class group. Then \(\operatorname{Map}(\Sigma)\) is generated by a coarsely bounded set if and only if \(\Sigma\) does not have limit type nor infinite rank.