Lerman critiques the category of étale groupoids with arrows generalized maps by arguing that there is a problem with gluing maps. The purpose of this blog post is to try to digest this critique. We follow the notation set up in the previous two blog posts.

Lerman’s critique takes place in the realm of bibundles, but as we saw in the previous post, it’s possible to translate from the bibundles point of view to the generalized maps point of view.

Aha! Think about the definition of these local sections: on one component of the intersection \(U_1\cap U_2\), the sections agree, while on the other, they differ by the action of \(C_2\). 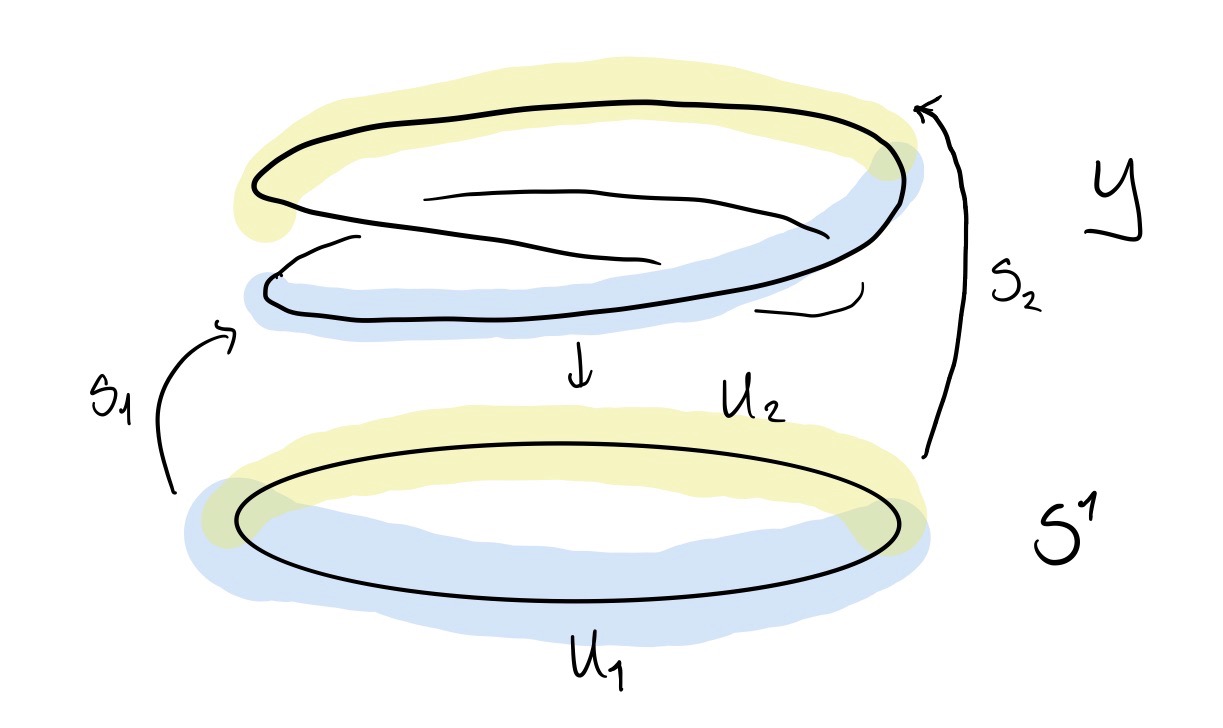 The complaint, if I understand it, is this: we can also define the functor associated to the trivial bundle on the open cover \(\mathcal{U}\). If you restrict either of these functors to either \(U_1\) or \(U_2\), you get the same map: since \(U_1\) and \(U_2\) are contractible, the only principal \(C_2\)-bundles over \(U_1\) and \(U_2\) are trivial. This is slightly less clear in generalized maps land: you could imagine cutting up an open interval into a couple pieces and having some of the identifying arrows on the overlaps map to the nontrivial arrow in \(C_2\). The point, though, is that you can undo this difference with a natural transformation, essentially because the subintervals you slice into only overlap their neighbors once, not twice as in the example above.

I think this is a serious issue: imagine having only the functors from \(U_1\) and \(U_2\) to \(C_2\). There’s only one choice of functor and only one generalized map. Nevertheless, when you try to glue these maps together to give you a new map from \(S^1\) to \(C_2\), you find that there are two possible maps! What’s worse, since \(U_1\) and \(U_2\) don’t see the arrows on the overlaps, there’s no way to tell from the restriction which of the two maps you’re trying to end up with!