In an earlier post we introduced the concept of an ideal edge in a graph of groups and described how to blow up ideal edges to construct new graphs of groups. To prove that (the reduced spine of) Outer Space for a virtually free group is contractible, Krstić and Vogtmann define what is essentially a combinatorial analogue of a non-singular Morse function on Outer Space and show that for a well-chosen function, the set of minimal vertices of the complex is actually the star of a single reduced marked graph of groups, which is contractible. A key tool to that end is the star graph, and the purpose of this post is to describe the star graph (for conjugacy classes) in a virtually free group and describe its usefulness.

The reduced spine of Outer Space

Before we describe the star graph, let’s define the complex we’re working with. Given a virtually (non-abelian, to keep things interesting) free group \(F\), we’ll call the reduced spine of Outer Space \(L(F)\). In tree language, a vertex of \(L(F)\) is an action of \(F\) on a simplicial tree \(T\) with finite stabilizers and finite quotient with the property that every edge of \(T\) is surviving, see the post on shelters for a definition. Two tree actions \(T\) and \(T'\) are equivalent if there is an equivariant homeomorphism between them. The set of equivalence classes is partially ordered under forest collapse, and the reduced spine of Outer Space is the geometric realization of this poset. 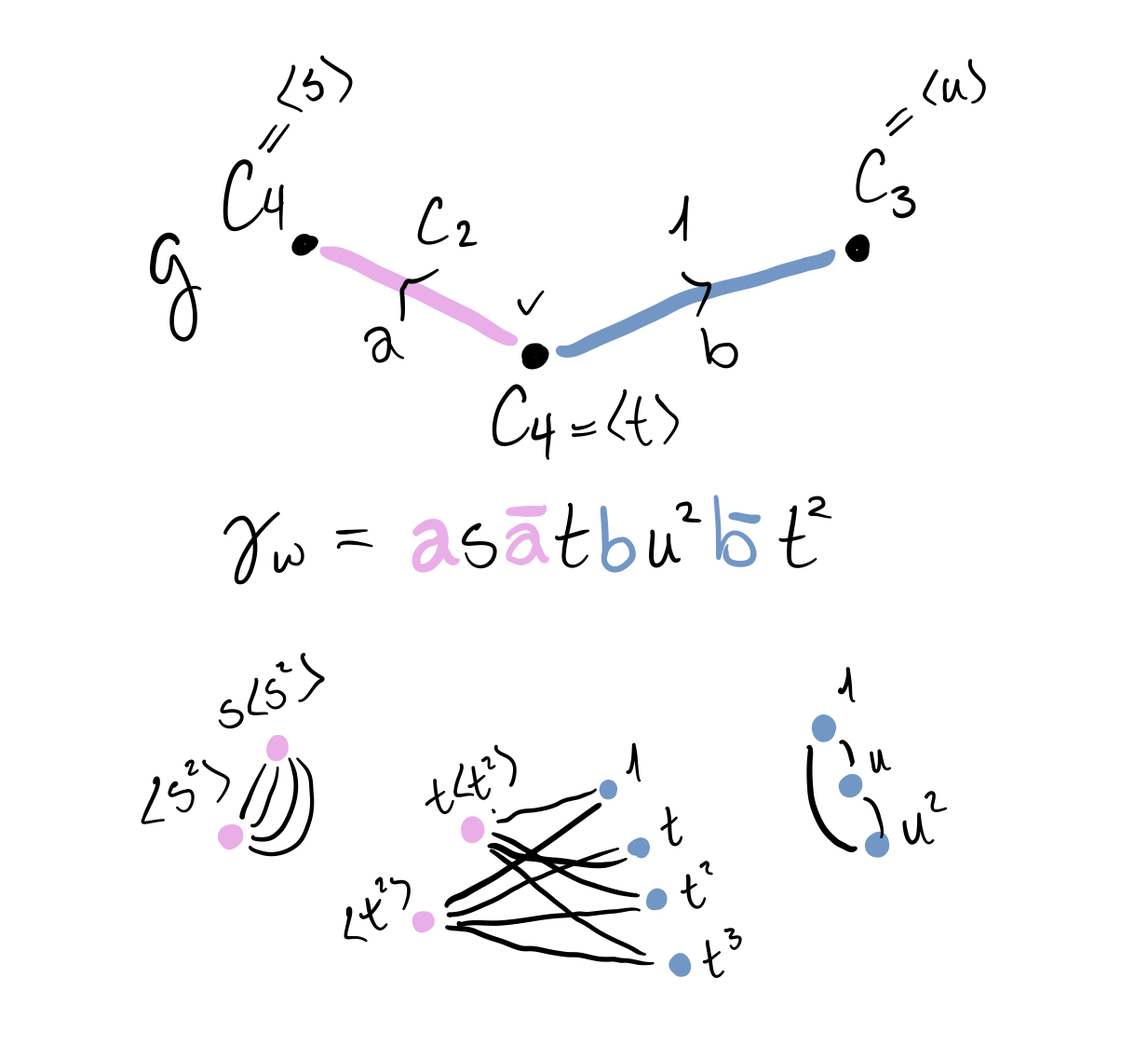 In the above example we have

This illustrates a general principal: